Despite defeat Youths advance to Q/F 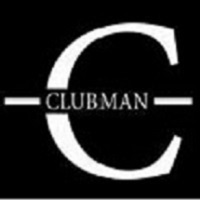 This game opened fairly evenly with both sides enjoying decent possession without creating much in the way of chances. Aileach got in front on 12minutes when Dermot Doherty found his brother Gavin who raced clear before finishing low past Sean Parker from ten yards to the keepers right. Minutes later Aileach doubled their lead when Anthony Doherty raced clear and after Parker did well to parry the centre forwards effort Jordan McGeedy was on hand to roll the ball into the unguarded net. A young Cockhill side responded well and pulled a goal back on the half hour when Mark McDaid got on the end of a left wing cross and volleyed high past Peter Devlin from eight yards. But Aileach restored their two goal advantage when Anthony Doherty outpaced the Cockhill defence and slid the ball under the outrushing Parker. With the half drawing to a close Aileach notched up two quick-fire goals from firstly Dermot Doherty and then Anthony Doherty to give them a comfortable five one half time lead. The second half began at a very pedestrian pace with Aileach passing the ball around in deep positions and when the ball did make its way forward a good Cockhill defensive line caught the Aileach runners off side time and time again. Midway through the half Anthony Doherty had a glorious chance to complete his hat trick but he pulled his fifteen yard effort well wide. On 75 minutes Aileach substitute James Wallace got his head to a Dermot Doherty cross which brought a superb save from Parker who somehow managed to get his left hand to the ball and turn it round the post. With time running out Cockhill got a consolation goal when Michael Doherty found space on the left side of the Aileach defence and hit a well-placed shot across Devlin from ten yards.