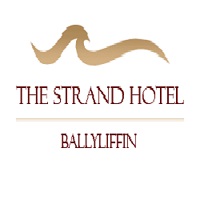 Dunree took the lead in this local derby when a corner fell to Stephen Mc Laughlin and his low shot from 12 yards found the target. A Ryan Bradley header followBradleying a Mc Guinness corner doubled the advantage half way through the opening half. The visitors got themselves back into the match minutes before the break when a Darragh Mc Dermott effort came back off an upright into the path of Michael Owen Doherty who was able to tap home to reduce the deficit. They continued to press in the early stages of the second half and did eventually equalise on the hour mark when SP Fullerton played in McDermott through the middle and from a tight angle he squeezed the ball beyond the reach of Philip Doherty. However, after leading and then being pulled back to parity, upped the tempo and hit the front again on 70 minutes when Daniel Mc Laughlin picked up a ball, cut inside and drove the ball home from an acute angle. Their two goal lead was again established when Dermot Doherty intercepted an attempted pass and set up Liam Baldrick who scored past Declan Caldwell to complete the scoring