Rasheney with narrow win over Youths 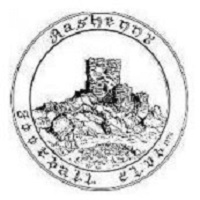 Inishowen Football League – Strand Hotel First Division
Rasheney FC – 3 (J McLaughlin (2) & J McLaughlin)
Cockhill Celtic Youth – 2 (A McLaughlin & S McLaughlin)
On 15 minutes Rasheney ‘s John McLaughlin crossed from the right for Matthew Mclaughlin who controlled but saw his effort blocked at the expense of a corner by Sean Parker. From the corner John Grant had a header cleared off the line by the visitors Christopher Duffy. Cockhill then took the lead on 21 minutes after a Shay McLaughlin cross was only half cleared and Adam McLaughlin hooked home while on the ground past Kieran Friel from six yards.
On the half hour Grant released Declan McLaughlin on the left whose high cross found Anthony Doherty whose powerful header was tipped over by Parker. Five minutes later Doherty headed a goal kick on into the path of John McLaughlin who tucked the ball low past the outrushing Parker from twenty five yards. On 41minutes Cockhill replied with a Kevin McDaid effort tipped over by Friel. Two minutes before the break Rasheney took the lead when Doherty won possession before releasing Mc Laughlin who cut in and fired low past Parker from sixteen yards. Cockhill had the first effort on the restart when McDaid had a fine effort which crashed off the bar before being cleared. Rasheney then made it three one on 70 minutes when Christy Ivers fed Matthew McLaughlin on the left and his cross was side footed home by Jack Mclaughlin. Minutes later a looping Shay McLaughlin cross deceived Friel and ended up in the net. Rasheney had the last chance in injury time when John McLaughlin was denied a hat trick by a fine save by Parker.