Reserves defeated under the lights at Caratra 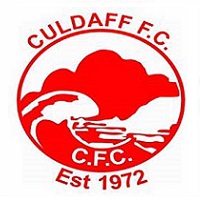 Culdaff Res – 6 (McGrenaghan (2), Mullarkey, Cunningham (2) & O’Brien)
Cockhill Res – 0
Switched to Caratra Park on Saturday night the home side proved dominant
Overall but the visitors had the first chance on 13 minutes when Sean Mullan advanced from midfield and fired just wide from twenty yards. Minutes later at the other end an Aiden Cunningham corner found Liam Doherty whose header just skimmed the bar. The home side broke the deadlock on 33 minutes when Cunningham played a fine ball into the path of Cathal McGrenaghan who slotted low past Ryan Fitzpatrick from twelve yards. They doubled their lead on 42 minutes after Joe O Connor advanced on the right and crossed for Cunningham to flick on for Matthew Mullarkey to slot home at the back post.

Minutes after the restart Matt McDaid fed Aiden Cunningham who was upended and he picked himself up to drive the spot kick low to the bottom right hand corner and make it three nil. Good work again by O Connor whose cross found McGrenaghan to despatch a brilliant half volley low to the net from sixteen yards. Cockhill tried to respond and Gary Breslin was twice denied by good saves from Daniel Mullarkey. On 72 minutes Cunningham fed Matthew Mullarkey but he fired narrowly wide. Mullarkey then advanced on the left past two defenders before laying off to Cunningham who blasted to the top corner from the edge of the area. They completed the scoring on 82 minutes when Cunningham advanced and squared to substitute Jack O Brien who fired low across Fitzpatrick from six yards. The home side had a final chance when substitute Mark Doherty crossed for fellow replacement Paddy McCarron who rose high but headed just wide.