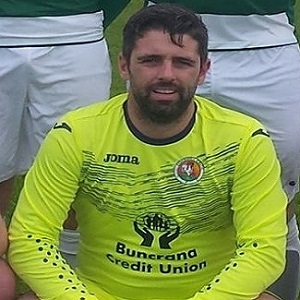 Strand Hotel First Division
Cockhill Celtic Youth – 3 (M McDaid (2) & S Donaghey)
Moville Celtic FC – 2 (Indyka & McNaught)
This game was reversed to Moville and while Moville started the better it was the visitors who threatened first on 9 minutes after a Mark McDaid had an effort deflected behind for a corner. From the corner Jarlith Herrity rose high but headed inches wide. Moville replied with Kyle Harkin getting on the end of an Emmet McCauley corner but he failed to hit the target with a free header. Moville continued to press and Conor Doherty went close with a sharp turn and shot from inside the area. They took the lead on 27 minutes when in a two versus one break Michael McNaught crossed for Norbert Indyka to a lot past Declan Caldwell. Cockhill replied with Jack McDaid blazing over when well placed. At the other end Kevin McDermott hit a fine effort which just cleared the angle of the post and bar. Cockhill had the final chance of the half on the stroke of half time when Christopher Duffy fired over from the angle of the area. McNaught headed the home side into a two nil lead on 47 minutes but Cockhill replied instantly when Adam McLaughlin’s scuffed effort fell to Mark McDaid to fire home from ten yards. On 68 minutes Sean Donaghey (pictured) converted a penalty awarded after Duffy was upended in the area. Moville pressed and Indyka raced clear on goal but under pressure fired over from twenty five yards. Cockhill struck for the winner on 85 minutes when Keegan Hegarty fed Duffy whose cross found McLaughlin but his shot was saved by Ryan Coyle and the rebound fell to McDaid to slot home. Moville threw men forward but failed to trouble the Cockhill defence.